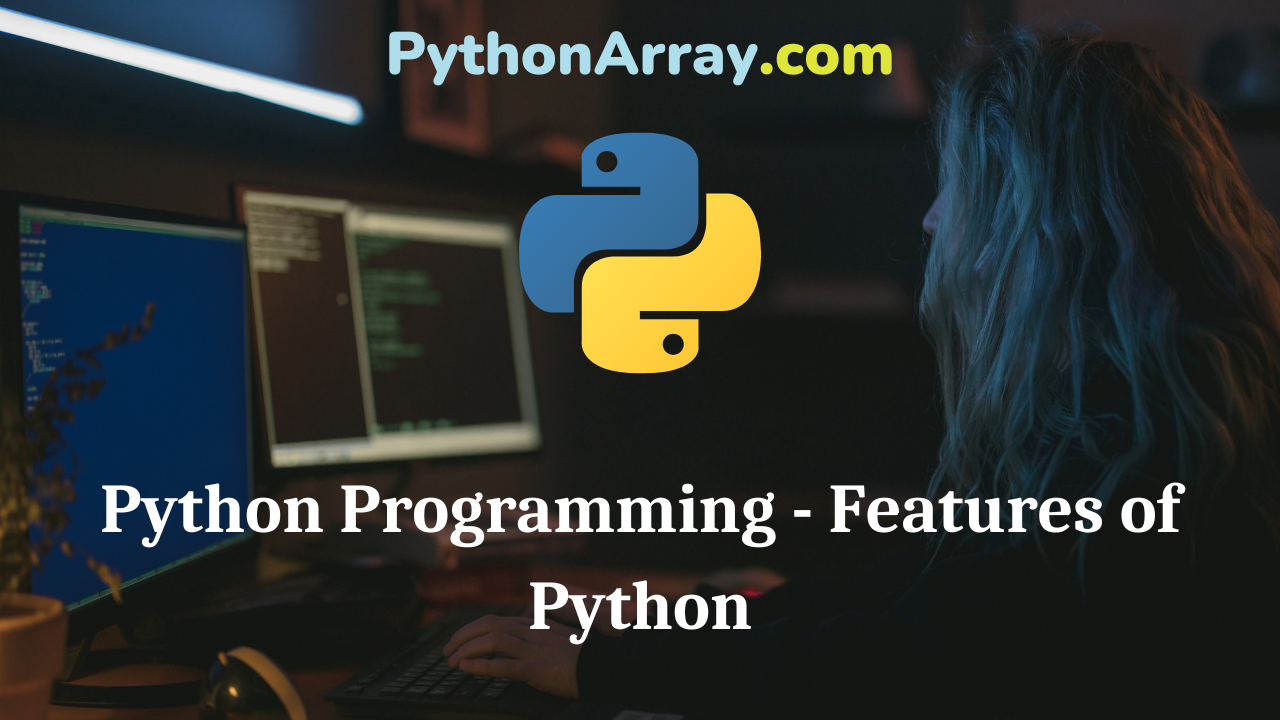 The Python language exhibits numerous features, which are detailed as under:

2. Easy to Learn: Python has a simple structure, a few keywords, and clearly defined syntax. Easy to Read: It is a clearly defined language that is a non-programmer understands very easily.

3. Easy to Maintain: The source code of the Python language is quite easy to maintain. Interpreted: It is an interpreter-based language. The programmer does not need to compile the code before executing the program similar to PERL and PHP.
Python has a built-in debugging feature.

4. Interactive: Python programs can be directly written to the Python prompt by which the user directly interacts with the interpreter.

5. Object-Oriented: It supports the object-oriented style of programming that encapsulates code within objects. OOP breaks up code into several units that pass messages back and forth using classes.

6. Versatile: Python modules are capable to work with multiple operating systems and user interfaces including images and sounds.

9. Portable: Python language can be executed on a wide variety of hardware platforms and has a similar interface on all the platforms.

10. Databases: Python language provides the facility of interfaces to all major commercial databases.

11. GUI Programming: Python provides graphical user interface (GUI) applications that can be created and ported to many system calls, libraries, and Windows systems such as Windows MFC, MAC, and the X Window system of Unix.

12. Scalable: It provides a better structure and support for large programs.