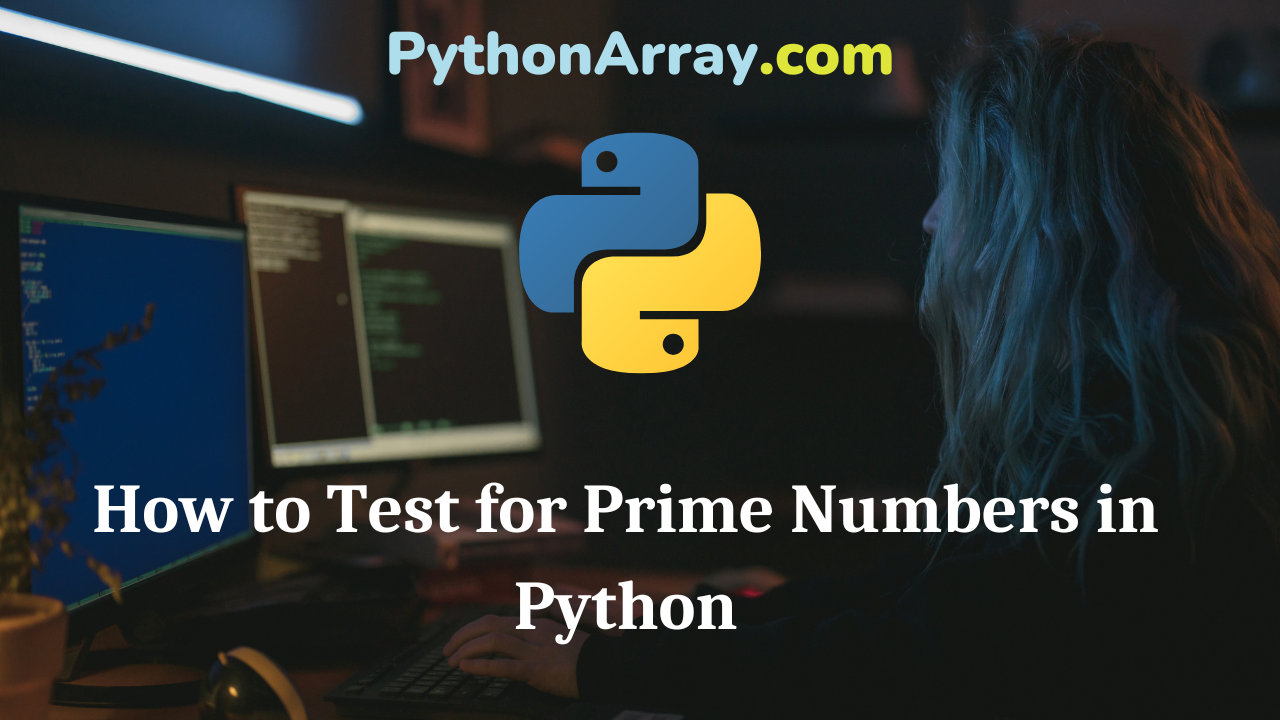 Read Also: Java Program to Check if a Given Number is Fibonacci Number or Not

Explore more instances related to python concepts from Python Programs and get promoted from beginner to professional programmer level in Python Programming Language.

What is a Prime Number?

A prime number is any whole number (it must be greater than 1), whose only factors are 1 and itself, determining it can’t evenly be divided by any number (apart from 1 and itself, of course). Prime numbers include 2, 3, 5, 7, 11, 13, and so on until infinity.

How to Test for Prime Numbers in Python?

The best way to resolve this issue is to repeat through all the numbers beginning from 2 to (N/2) with the help of a for loop and for every number check if it divides N. If we discover any number that divides, we return false. If we did not find any number between 2 and N/2 which divides N then it implies that N is prime and we will return True.

To grasp this concept, you need to get a good grip on the python programming concepts like Python if…else Statement, Python for Loop, and Python break and continue.

In Python, we can test for prime numbers quite efficiently using the following code:

Let us perform the logic in python by using the defined function. Firstly, you can observe the algorithm for the prime number python program below:

Python program to check whether a number is Prime or not

There are several ways to optimize the prime number program in Python: