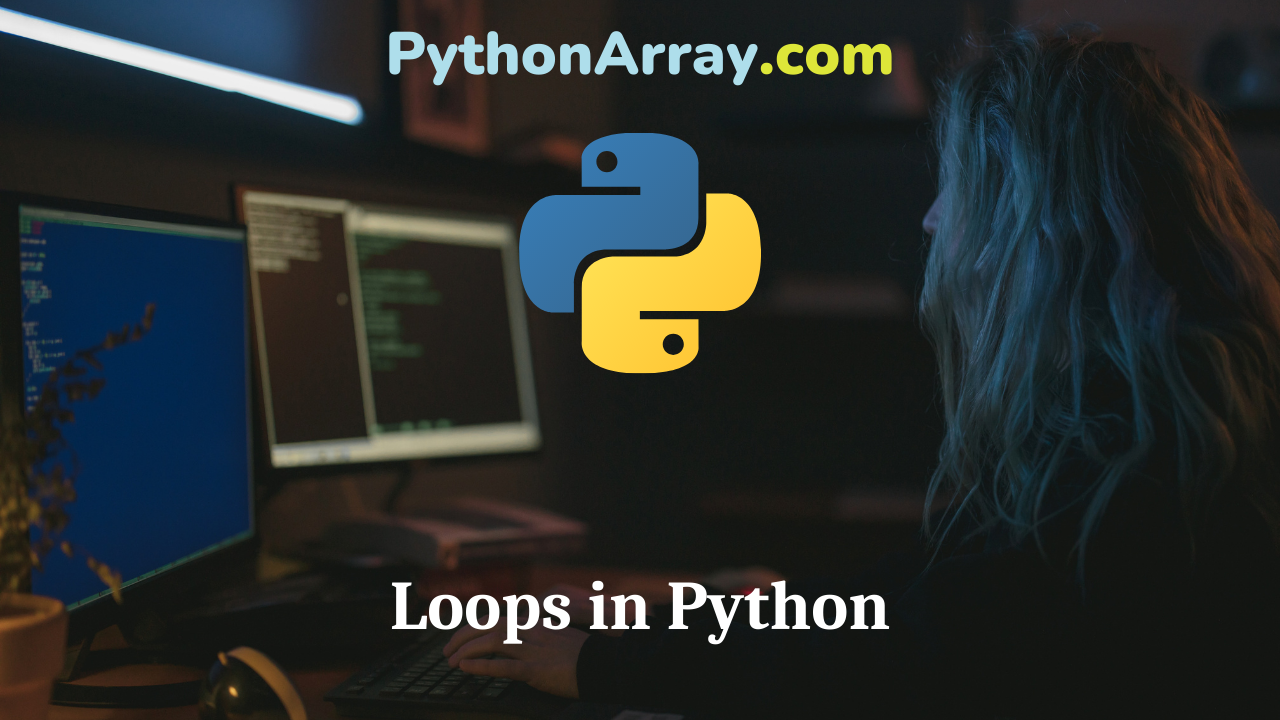 All programming languages need ways of doing similar things many times, this is called iteration.

For loops allows us to iterate over elements of a sequence, it is often used when you have a piece of code which you want to repeat “n” number of time.

Example of a for loop

Another example of a for loop

Just to get a bit more practice on for loops, see the following examples:

We can also use the built-in function “range” to generate a list containing numbers that we specify inside the range.

The given end point is never part of the generated list;

range(10) generates a list of 10 values, the legal indices for items of a sequence of length 10.

It is possible to let the range start at another number, or to specify a different increment (even negative;

Sometimes this is called the ‘step’):

# You can use range() wherever you would use a list.

The while loop tells the computer to do something as long as the condition is met It’s construct consists of a block of code and a condition.

Between while and the colon, there is a value that first is True but will later be False.

As long as the statement is True , the rest of the code will run.

The code that will be run has to be in the indented block.

It works like this: ” while this is true, do this “

Example of a While Loop

The example below reads like this: as long as the value of the variable i is less than the length of the list (browsers), print out the variable name.

Another example of While Loops

The script below, first sets the variable counter to 0.

Count with While Loops

Be careful to not make an eternal loop, which is when the loop continues until you press Ctrl+C. Make sure that your while condition will return false at some point.

This loop means that the while loop will always be True and will forever print Hello World.

In some script you may want to use nested loops.

A nested loop is a loop inside a loop.

Breaking out of Loops

To break out from a loop, you can use the keyword “break”. Break stops the execution of the loop, independent of the test. The break statement can be used in both while and for loops.

This will ask the user for an input. The while loop ends when the user types “stop”.

The continue statement is used to tell Python to skip the rest of the statements in the current loop block and to continue to the next iteration of the loop.

The continue statement rejects all the remaining statements in the current iteration of the loop and moves the control back to the top of the loop.

The continue statement can be used in both while and for loops.

This example is taken from

The above output will produce the following result:

The pass statement does nothing. It can be used when a statement is required syntactically but the program requires no action.