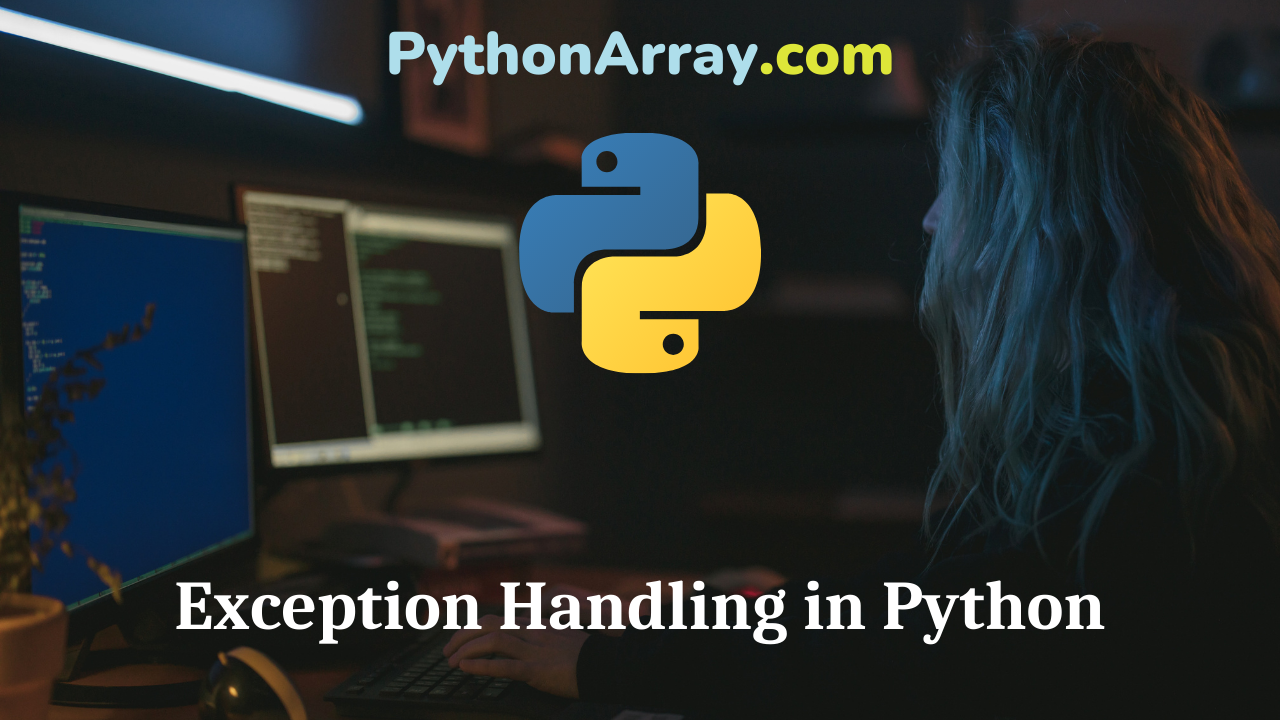 In this post we will cover how Python handles errors with exceptions.

What is an Exception?

An exception is an error that happens during execution of a program. When that error occurs, Python generate an exception that can be handled, which avoids your program to crash.

Exceptions are convenient in many ways for handling errors and special conditions in a program. When you think that you have a code which can produce an error then you can use exception handling.

You can raise an exception in your own program by using the raise exception statement.

Raising an exception breaks current code execution and returns the exception back until it is handled.

Below is some common exceptions errors in Python:
IOError
If the file cannot be opened.

Now, when we know what some of the exception errors means, let’s see some examples:

Try to use as few try blocks as possible and try to distinguish the failure conditions by the kinds of exceptions they throw.

To use exception handling in Python, you first need to have a catch-all except clause.

The words “try” and “except” are Python keywords and are used to catch exceptions.

The code within the try clause will be executed statement by statement.

If an exception occurs, the rest of the try block will be skipped and the except clause will be executed.

How does it work?

The error handling is done through the use of exceptions that are caught in try blocks and handled in except blocks. If an error is encountered, a try block code execution is stopped and transferred down to the except block.

In addition to using an except block after the try block, you can also use the finally block.

The code in the finally block will be executed regardless of whether an exception occurs.

Let’s write some code to see what happens when you not use error handling in your program.

This program will ask the user to input a number between 1 and 10, and then print the number.

This program works perfectly fun as long as the user enters a number, but what happens if the user puts in something else (like a string)?

You can see that the program throws us an error when we enter a string.

ValueError is an exception type. Let’s see how we can use exception handling to fix the previous program

If we now run the program, and enter a string (instead of a number), we can see that we get a different output.

Try … except … else clause

The else clause in a try , except statement must follow all except clauses, and is
useful for code that must be executed if the try clause does not raise an
exception.

else:
doing_different_exception_handling
Exceptions in the else clause are not handled by the preceding except clauses.

Make sure that the else clause is run before the finally block.

The finally clause is optional. It is intended to define clean-up actions that
must be executed under all circumstances

A finally clause is always executed before leaving the try statement, whether an exception has occurred or not.

Remember that if you don’t specify an exception type on the except line, it will catch all exceptions, which is a bad idea, since it means your program will ignore unexpected errors as well as ones which the except block is actually prepared to handle.