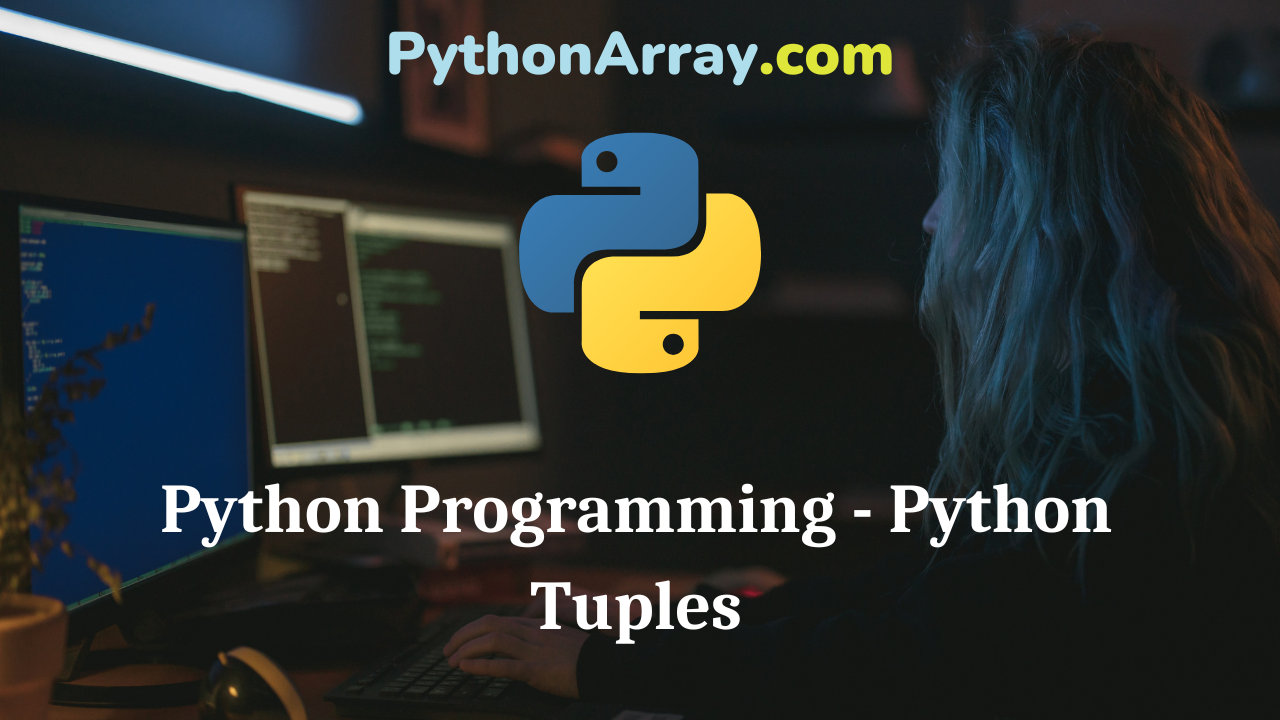 In the Python programming language, a tuple is another important data structure. A tuple is similar to a Python list as studied in the previous section. The difference between tuple and list is that the elements in a list can be altered, whereas tuples are immutable, i.e., the elements of a tuple can not be changed.

Alike a list, it is very simple to create a tuple in Python. As we see earlier that the elements of a list are enclosed in square brackets [ ], whereas the elements of a tuple are enclosed in parenthesis ( ) separated with commas. Moreover, a tuple can have any number of elements of heterogeneous type (integer, float, string_list, etc). The programming illustration to create different kinds of tuples is given in Code 5.19. In this program, we create three tuples.

Code: 5,19. Illustration of creating a tuple.

Code:, 5.20. Illustration of unpacking elements of a tuple.

Traversing Elements in a Tuple

As we have performed traversing of a list in the previous section, a similar concept is applicable over the tuple also. In the following sub-sections, we discuss the tuple traversing methods.

Alike list the index of a tuple also starts from 0 and the index or subscript operator [] is used to access the elements of a tuple. If a tuple contains 10 elements then the index value of the tuple varies from 0 to 9. Moreover, the index value must be an integer otherwise it will result in TypeError. The programming example to access elements of a tuple is presented in Code 5.21. In this program, a nested tuple is created with the name data tuple, which contains 3 elements. We access 3 elements individually with indexes 0, 1, and 2. Then nested elements “Clara” and “Simon” are accessed by datatuple[ 1 ] [ 1 ] and datatuple[2][l].

Code: 5.21. Illustration of traversing a tuple.

Code: 5.22, Illustration of traversing a tuple by negative indexing.

As we know that tuples are immutable that means the elements of a tuple cannot be changed. However, if a tuple contains a list as its member then that member can be altered by using the index value of the list element. The programming example is given in Code 5.24. In this program, we see that only the list element at index value 1 can be altered. We change the value of “Clara” to “Sharon”.

Code:5.24. Illustration of altering a tuple.

Code 5.25. Illustration of deleting a tuple.

Since tuples are immutable, add and remove methods are not provided with tuples. The Python language contains only two methods for tuples, which are given in Table 5.6.

The programming illustration of the above methods is almost similar to that of the list. Therefore, it is left as an exercise for the reader. Apart from that, the membership of an element of a tuple can be performed in the same way as that for the list. The ‘in’ operator is used to determine the presence of an element in the tuple. If the element is present it returns true otherwise false. The ‘in’ operator can also be used for iterating through a tuple using for loop. The programming illustration is given in Code 5.26. In this code, it is apparent that all the elements of a tuple can be accessed efficiently using the in operator and for a loop.

Code: 5.26. Illustration of accessing a tuple using for loop.

Apart from the tuple methods, the Python language also provides various tuple functions which are given in Table 5.7. with the description of each.

Tuples are assumed to be similar to the lists with the major difference that tuples’ are immutable. Due to this feature, the tuple possesses certain advantages over the Python list as given below: