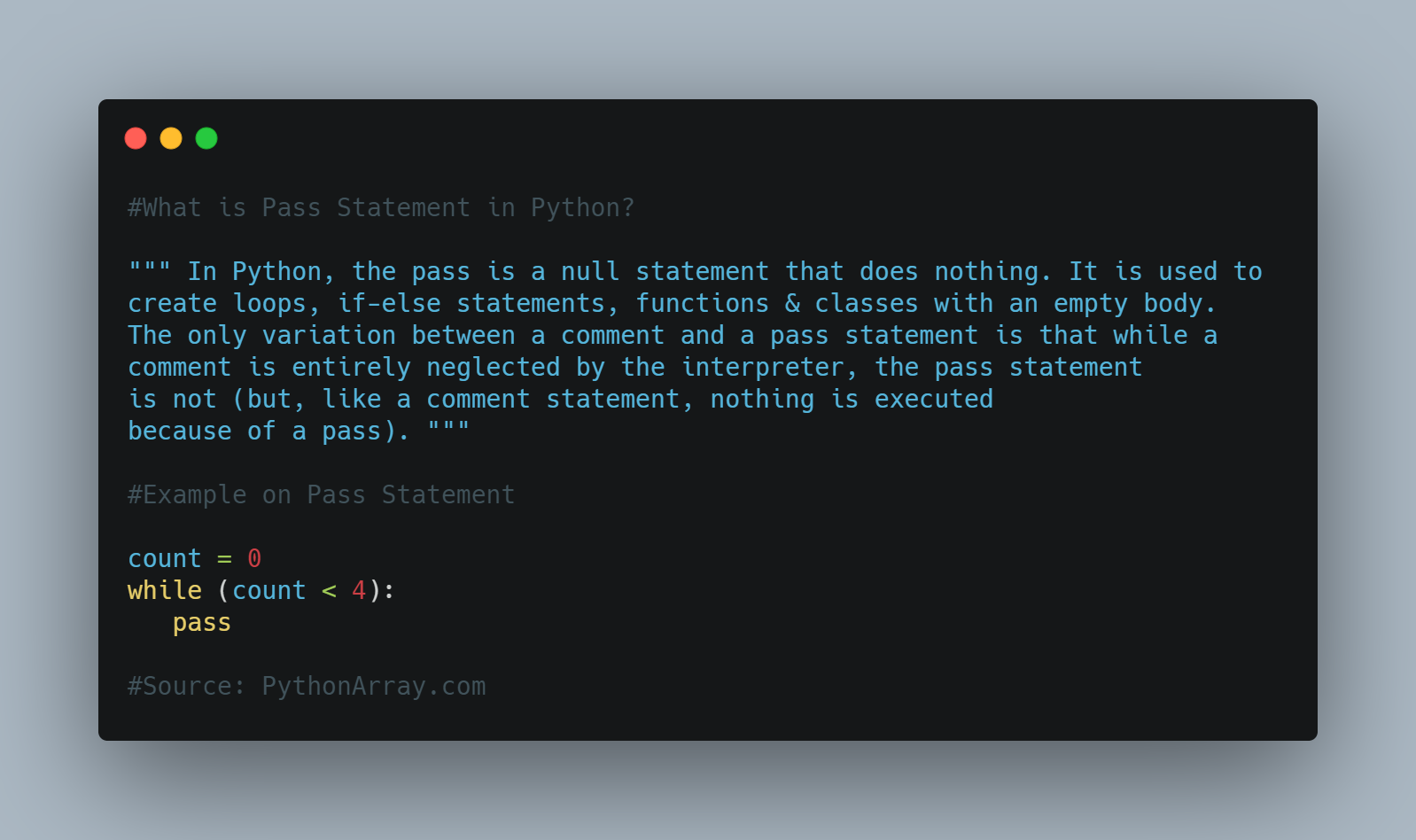 Hello learners!! I hope your learnings in python programming going well by using our previous tutorials. If you are searching to learn about the python pass statement concept then this tutorial is the one-stop destination for you all. Here we have discussed completely what is python pass statement, the syntax of the pass, python’s pass statement example, etc. Also, you can find some more information on Pass Statement vs Comment from this Pass Statement in Python Tutorial.

What is Pass Statement in Python?

The syntax of the pass statement is:

A great way to apply a pass statement is to hold the place of code that isn’t available or hasn’t been written yet. Usually, it takes the place of loops or functions. If you want to perform it, you need to write the word “pass” where you would usually insert any other code (like a loop or a function). To view it in context, refer to the following instance:

As you can see, we’ve got a while loop that is going to execute some code while the count is less than 4. Let’s say this is your code, but you haven’t finished writing the while loop, and want to move on to something else and go back to it later. This is the perfect time to use the pass statement. Your code won’t actually do anything, but at least you’ve got it set up, properly formatted, and ready to go for when your code is completed.