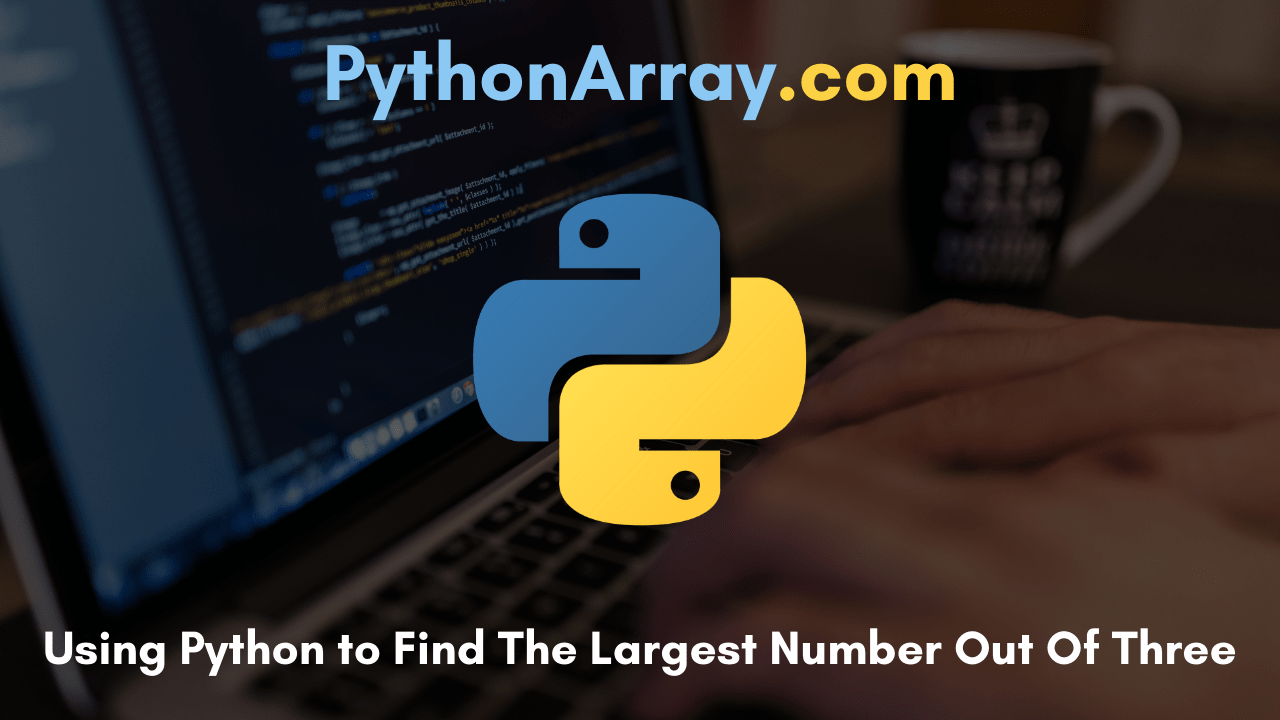 The tutorial of determining the largest number out of three contains the following stuff:

Following is the useful snippet that will make you understand how to use Python to find the largest number out of any three given numbers. This snippet basically works on the if…elif…else statements to compare the three numbers against each other and returns which one is the largest. Look at the snippet below to understand how it works:

In the illustration above, we know that num2 (67) is the biggest number. Therefore the second statement (the elif one) is the correct one because num2 is greater than both num1 and num3. Hence the final output would be like this:

If you want your users to be able to input the numbers themselves, simply insert these three lines in your code in place of the other num1, num2, and num3 declarations:

By using the following code, users can find the largest number of three numbers by the max() function. You can import this max() function from the library function. Look at the example:

In this approach, you have taken a list of all inputs and then called a max() method to return the largest number out of three. Check out the code below and understand how it works clearly:

Recommended Reading On: Python Program to Generate 26 Text Files named A.txt, B.txt, and so on up to Z.txt