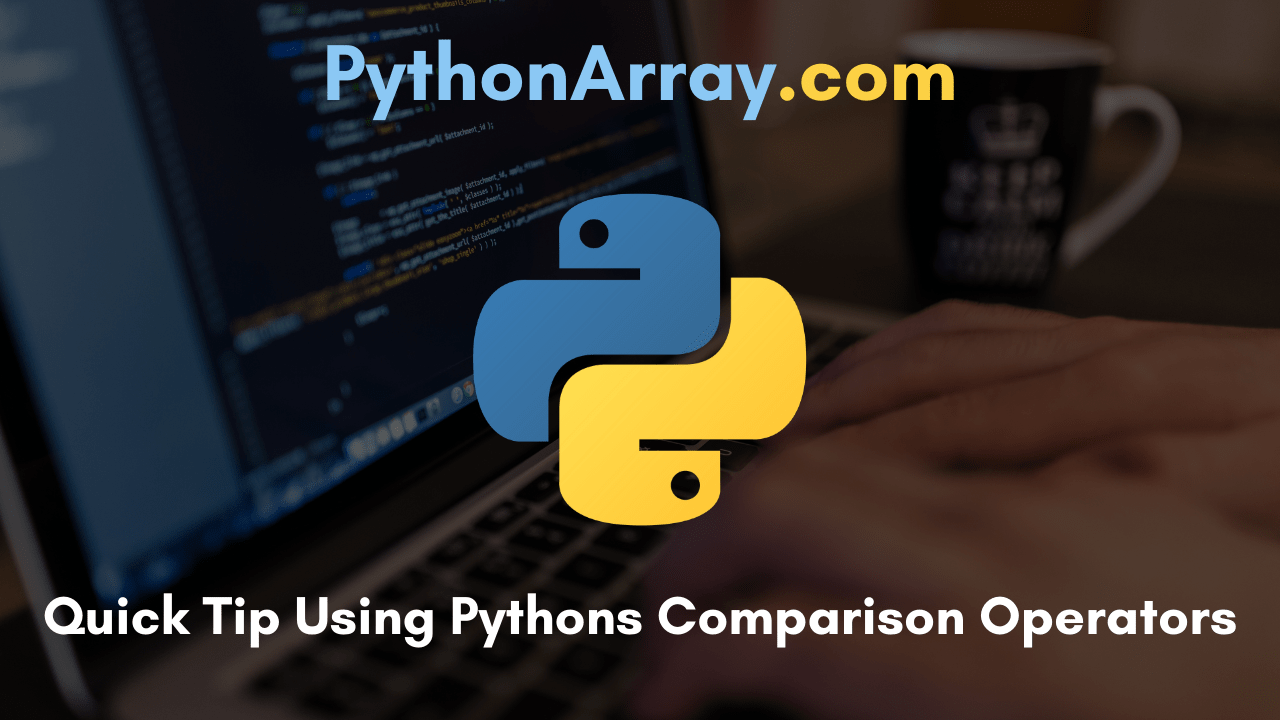 This Quick Tip Using Python’s Comparison Operators Tutorial assists python learners to learn about the comparison operators called boolean operators. In python or any other programming language, the Boolean data type can be one of two values, either True or False.

Majorly, we utilize Booleans in various programming languages to create some comparisons and to control the flow of the program. In this Python Comparison (Relational) Operator Tutorial, we are going to discuss the basics where you’ll understand how Booleans work exactly with examples.

The tutorial of python’s comparison operators consists of the following modules:

Exactly similar to any other OOP language, Python utilizes the comparison operators to compare values. These are usually termed Boolean operators because the word Boolean indicates that the outcome of using the comparison operator is a Boolean value: true or false. The following information is a list of the Boolean values that can be used in Python when evaluating expressions, writing functions, and comparing values. Take a look at the below table:

< this one indicates that you’re comparing two values to see if the first value is less than the second, like this:

So here, your answer would also be your Boolean value: true.

> this operator indicates that you’re comparing two values to see if the first one is greater than the second. So in the same example as above with the greater than sign replacing the lefthand side, you’d get a Boolean result of false, because 7 is not greater than 10.

<= this one indicates that you’re comparing two values to see if the first is less than or equal to the second. So if you have the following expression:

your answer would be the Boolean value true because 10 is equal to 10 (it’s not less than ten, but we’re checking for less than OR equal to)

4. Python Greater Than or Equal To (>=) Operator

== indicates that you’re trying to discern if two values are equal to each other — be sure to use two equals signs, not one!

!= indicates that you’re trying to discern if two values are not equal to each other. So if you had an expression like:

your answer would be the Boolean value: true.

Remembering the previous discussion of floating-point numbers that the element stored internally for a float object can’t be precisely compared. For that reason, it is poor practice to compare floating-point values for accurate equality. Take a look at this example:

The internal illustrations of the addition operands are not precisely equal to 1.1 and 2.2, so you cannot rely on x to compare exactly to 3.3.

The approved way to resolve whether two floating-point values are “equal” is to compute whether they are close to one another, given some tolerance. Consider this example:

Absolute value is returned by the abs(). If the absolute value of the difference between the two numbers is less than the specified tolerance, they are close enough to one another to be considered equal.

A few interview questions on the Python comparison operators concept are listed below for beginners and freshers who are looking for jobs in the Python programming field: