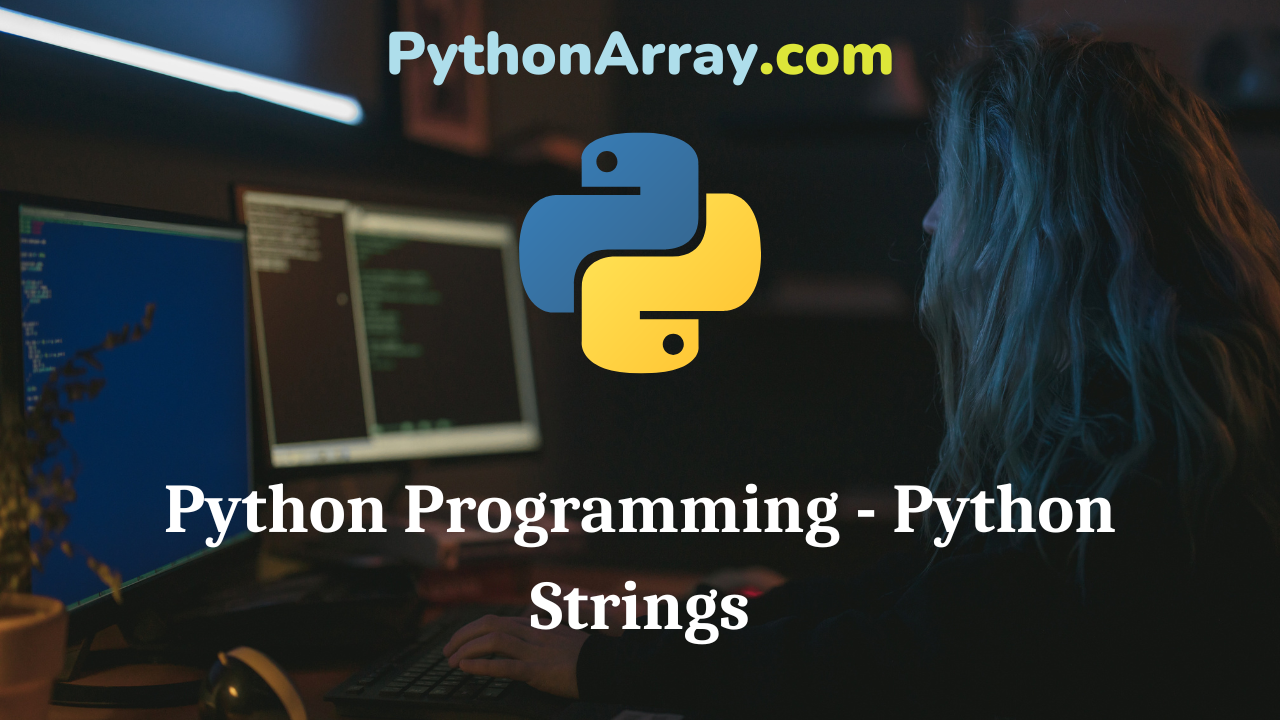 The collection or sequence of characters is called a string. As Python list contain a sequence of heterogeneous data elements, the string contains a contiguous sequence of characters, which can be alphabets or special characters. We know that computer understands only binary data either 0 or 1. All the data that we type and use in the computer is first converted into binary form. Therefore, the strings that are alphabetical or character data is also converted into equivalent binary code using some encoding technique such as ASCII or Unicode encoding. In Python, Unicode encoding is used for strings. The Unicode encoding is used to bring uniformity as it includes all the characters of all the languages. The string is a useful data element of Python as it is used to store character values such as name, city, class, etc.

Creating a String in Python

The creation of string is rather simple in Python. The programmer does not need to specify the string size as in C, C++, and Java. The programmer can create a string of any size. The programming illustration of creating a string is given in Code 5.44. In this program, three strings are created with names new_stringl, new_string2, and new_string3. In the first string, the value ‘Python’ is assigned in single quotes. In the second string, the value “Python” is assigned in double-quotes and in the last one triple quotes are used to assign the value. Thus, a string value can be provided in either single, double, or triple quotes.

Code: 5.44, Illustration of creating a string.

Since the string is a sequence of characters, then string characters can be accessed by using the index operator or the slicing operator. A similar method is used that we have performed for lists and tuples. The programming illustration for the same is given in Code 5.45. In the program, it is clear that the particular character of a string can be accessed by specifying its index. The indexing starts from 0. Negative indexing is also possible, which is used to access elements from the end of the string. In the example, the slicing operator [:] is also used to print the string characters up to a certain range by excluding the last specified index value. The last character of the string represented by -1 indicates ‘n’ in Python string. -2 indicates ‘o’, -3 represents ‘h’, and so on.

Similar to a tuple, the string characters are also immutable. That means we cannot change or add elements to an existing string. However, the complete string can be deleted by using the del keyword. The programming illustration for the same is given in Code 5.46. In this example, we see that changing the character at index location [3] raises an error ‘str’ object does not support item assignment. Then print(new_string) statement also raises an error as del new_string has deleted the string and new_string does not exist.

Code: 5.46. Illustration of deleting a string.

The concatenation operation is used for adding two strings. This can be achieved by using the “+’ operator between two strings. In Python, the operator can also be used to repeat a particular string a specified number of times. The demonstration of both ‘+’ and ‘*5 operators is given in Code 5.47. As described, the *+’ operator has concatenated two strings strings 1 and string 2 and the operator has repeated the string! three times. The output can be referred to for more clarity of the concept.

Since the string is a sequence of characters, the string can be iterated by using for loop as shown in Code 5.48. In this program, a string is created with value ‘Python Programming’. The values of all the string characters are accessed
by using for loop. As performed for list, tuple, and set, in the previous sections, the presence of a string member can be determined using ‘in’ operator. This is also illustrated in the programming code, which results in false for ‘p’ membership test. This is because the string1 contains capital letter ‘P’ and not the small one. Subsequently, the test for character’s comes out to be true.

The format symbols are already explained in Chapter 2 under Section 2.10.2.

The Python language provides a list of methods to manipulate strings. The methods are listed in Table 5.13. These string methods are very easy to use by using the dot operator with the string name. For example the string length is determined as print(string.len()). This statement prints the length of the string, i.e., the total number of characters of the string1.