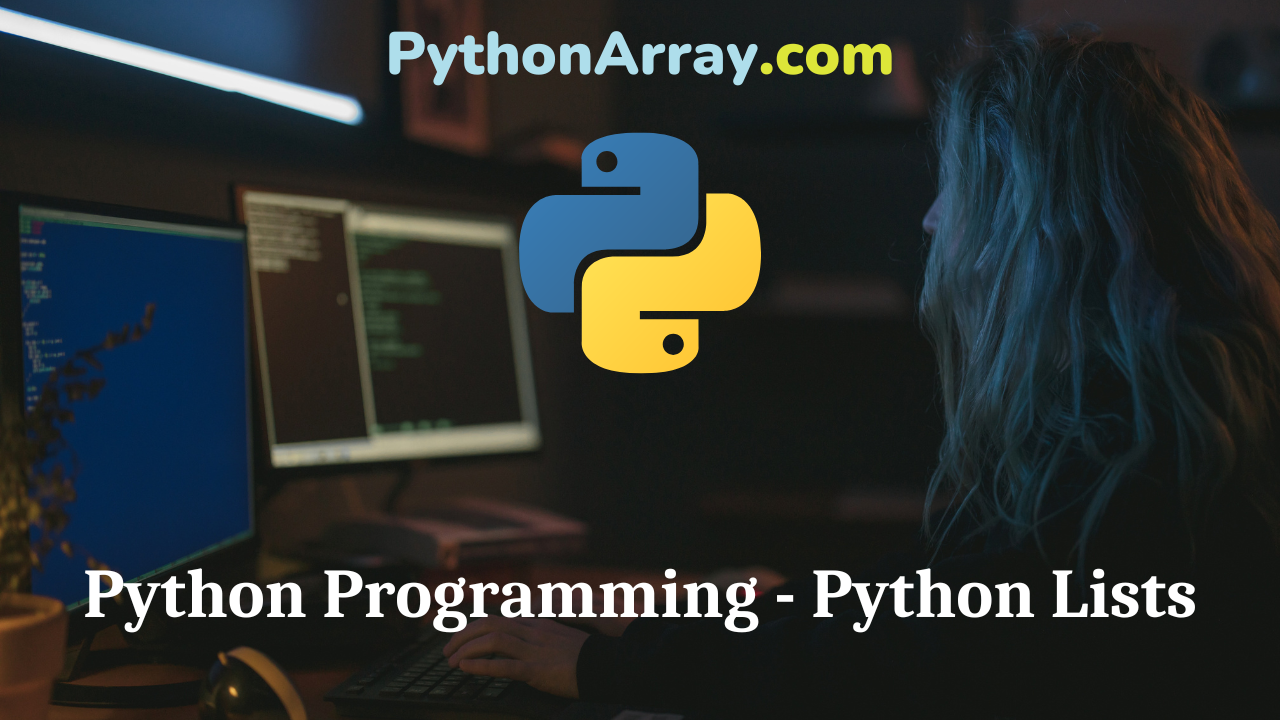 In Python, the most basic data structure is the list. The list is similar to the array as in C, C++, or Java since the index of the first element of the list is zero, the second element is one, and so on. However, the list is a collection of heterogeneous data elements. That means a list can contain numeric as well as character data.

Various sorts of operations can be performed on lists. These include indexing, slicing, adding, multiplying, and checking for membership. We will present all these operations through illustrations in the following sections. Apart from that, the Python language also contains various built-in functions, we will discuss them as well.

It is very simple to create lists in Python. All you need to do is to place all the comma-separated elements inside a square bracket [ ]. The list can contain any number of elements of different data types (integer, float, character, etc). Moreover, a list can contain another list and it is referred to as a nested list. The Code 5.6. illustrates the creation of a list. In this program, we see that three lists are created. The first list name is the new list, which is a simple list with homogeneous data elements. The second list new_listl represents a collection of heterogeneous data elements, and the third list new_list2 represents a nested list. The output can be verified in the output section.

As in other languages, such as C, C++, & Java, the index of elements of a list starts from 0. Therefore, if a list contains 10 elements then its index will vary from 0 to 9. If a user tries to access an element from a list beyond the range will result in an IndexError. Apart from that, the index of a list is always an integer number. If a user tries to access a list element using floating-point indexing, will result in TypeError.

In order to access the list elements, the indexing operator also called subscript operator [ ] is used. The programming illustration of accessing elements of a list is given in Code 5.7. In the program, a data list with five elements is created. Then, the elements 0, 2, and 4 of the list are displayed by using the index operator [ ].

Another programming example of traversing is given in Code 5.8, in which we see that while accessing a list element beyond its range results in an error. In this program, we see that the element at index 5 is accessed. Since the data list contains 5 elements with index 0 to 4. Therefore, accessing the value at index 5 results in an IndexError as shown in the output.

The Python language also allows negative indexing. However, these features are not available in other languages C, C++, and Java. The index of -1 refers to the last elements of the list, the index -2 refers to the second last element, and so forth. The illustration for the same is given in Code 5.10. However, if the indexing goes beyond range then IndexError occurs as the list index out of range.

As we know that lists are mutable. That means the elements of a list can be changed or new elements can be added to a list. The process can be performed with the help of the assignment operator (=). The programming example representing the updating elements in a list is given in Code 5.12. In this program, we see that the value of the third element of the data list is changed to 60 and the value of the fifth element is changed to 12. This is performed very easily by using the assignment operator (=).

An element can be added to a list by using the built-in Python method append() and if the user wants to add more than one element to a list then this can be performed with the help of the Python built-in extend () method. The programming code for the same is given in Code: 5.13. In this program, we see that a new element 39 is added to the list by using the append () method. For adding more elements to a list extend () method is used, which adds three more elements to the data list. Finally, the newly updated list is displayed as shown in the output.

All the methods provided in Table 5.5. are beneficial for implement data structures such as stack, queues, lists, etc. The programming example representing the use of the above methods is given in Code 5,14. From the output of the program, the operation of each method can be understood very easily.

In addition to list methods as described in the previous section, the Python language also provides various list functions. The list of built-in Python list functions is given in Table 5.6. The programming illustration of len, max, and min is presented in Code 5.15. It is apparent from the output that the length of the given list is 5, the largest elements is 62 and the smallest element is 23.

The most important data structure operation is the searching. In Python, an element from a list can be searched very easily. The ‘in’ operator is used to determine whether an element exists in the list. It returns true if elements exist otherwise false. The programming illustration for the same is given in Code 5.17. The code is quite simple. We search for element 11 first, as it is present in the list so the output comes out to be true. Another test is performed for element 66, as it does not exist in the list and thus the result is false.

The ‘in’ operator is also used to iterate through the list using for loop. The programming example is presented in Code 5.18. It is apparent from the code that using for loop all the elements of the list can be accessed and processed efficiently.