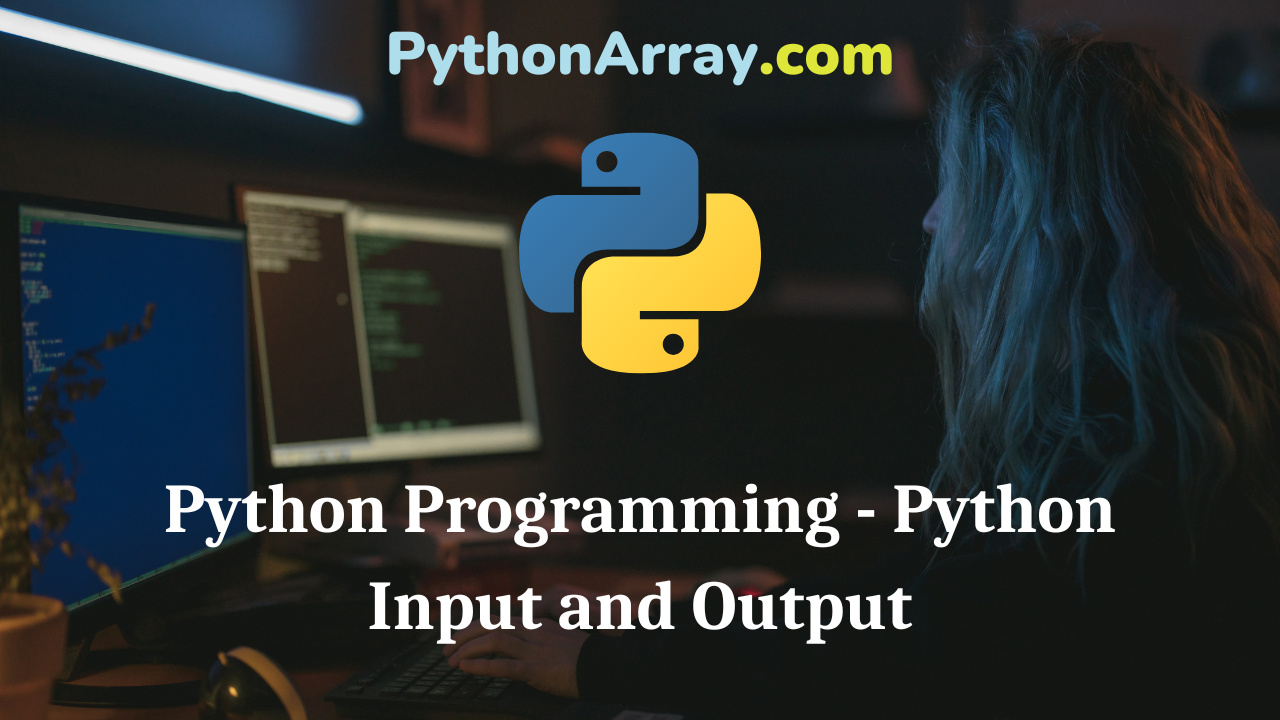 In any programming language, an interface plays a very important role. It takes data from the user and displays the output, One of the essential operations performed in Python language is to provide input values to the program and output the data produced by the program to a standard output device (monitor). The output generated is always dependent on the input values that have been provided to the program. The input can be provided to the program statically and dynamically. In static input, the raw data does not change in every run of the program. While in dynamic input, the raw data has a tendency to change in every run of the program.

Python language has predefined functions for reading input and displaying output on the screen. Input can also be provided directly in the program by assigning the values to the variables. Python language provides numerous built-in functions that are readily available to us at Python prompt. Some of the functions like input ( ) and print() are widely used for standard input and output operations, respectively. Firstly, we discuss the output section.

The function print ( ) is used to output data to the standard output device, i.e., on the monitor screen. The output can be generated onto a file also, which we will discuss later. The standard syntax of the print ( ) function is as follows:

Another way to use the print function for displaying a message on the prompt is as follows:

For displaying the value of a variable the print function is used as shown in Code 2.23.

In the second statement, we can see that space was added between the string (The value of a is) and the value of a variable a. This is the default value of the separator.

To make the output more attractive formatting is used. This can be done by using the str. format ( ) method. This method is visible to any string object, see Code 2.24.

In the above code, the curly braces { } are used as placeholders. We can specify the order in which it is printed by using numbers (tuple index) as shown in Code 2.25.

Another way to format the string is to use keyword arguments as shown in Code 2.26.

Alike old sprintf( ) style used in C programming language, we can format the output in Python language also. The % operator is used to accomplish this as shown in Code 2.27.

The various format symbols available in Python are given in Table 2.3.

In the above, only static programs are developed in which the values of variables were defined and used in the source code. However, there must be flexibility for the user to provide his own input values at run time rather than hard code (fixed) values. To accomplish this, Python language provides input ( ) function. The syntax of input ( ) function is

where prompt is an optional string that we wish to display on the screen as a message to the user. It is optional. The input ( ) function can be used as shown in, Code 2.28.

Here, we can see that the entered value 10 is a string, not a number. To convert this into a number, we can use int() or float{) functions as shown in Code 2.29.