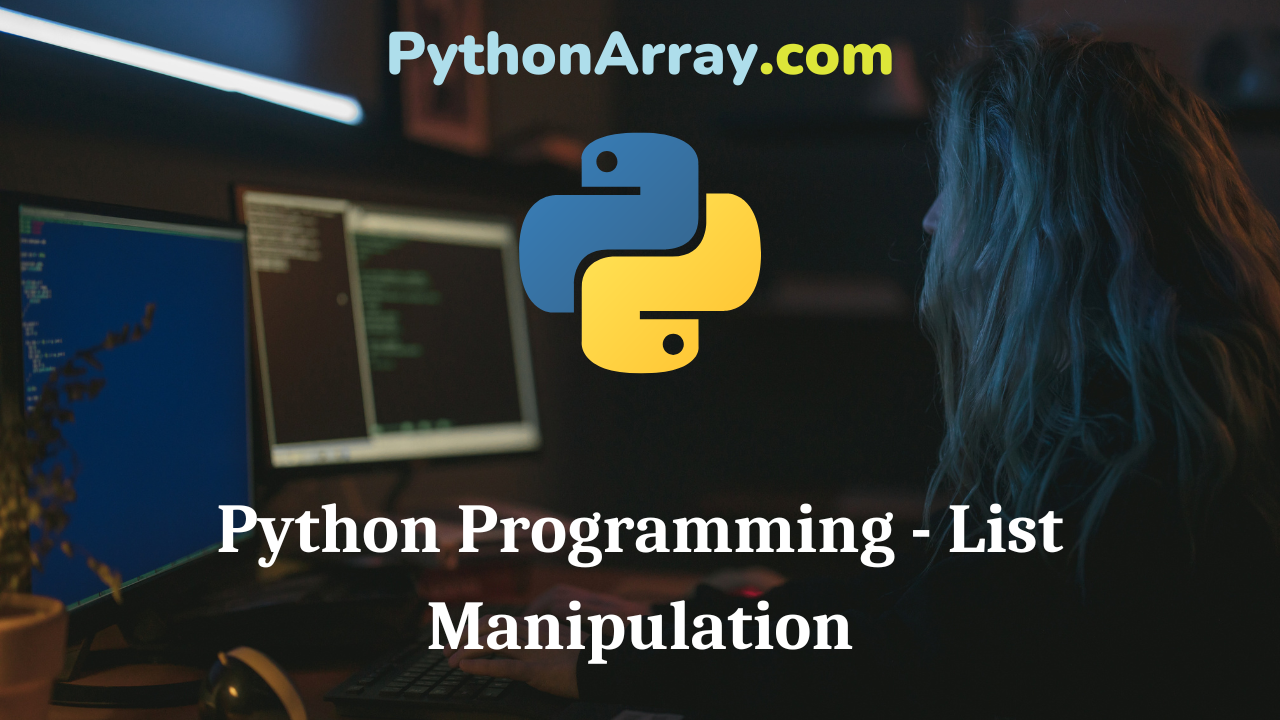 You can learn about List Manipulation in Python Programs with Outputs helped you to understand the language better.

The most basic data structure in Python is the sequence. Each element of a sequence is assigned a number – its position or index. The first index is zero, the second index is one, and so forth.
A list is a sequence of multiple values in an ordered sequence. It is the most versatile datatype available in Python, which can be written as a list of comma-separated values (items) between square brackets. Each element or value that is inside of a list is called an item. Like a string, a list is a sequence of values. In the string, the values are characters; in a list, they can be of any type. Lists are more general than strings.

b. Unlike strings, which are immutable, it is possible to change individual elements of a list. Lists are mutable, which means that items in a list can be modified by assigning new values.

c. Like string indices, list indices start at 0, and lists can be sliced, concatenated, and so on.

d. List is a sequence that can be indexed into, and that can grow and shrink by adding elements or deleting elements from the list.

Example
Program to Find the Frequency of Numbers in a List.

Write the output of following program given in Figure 7.18.