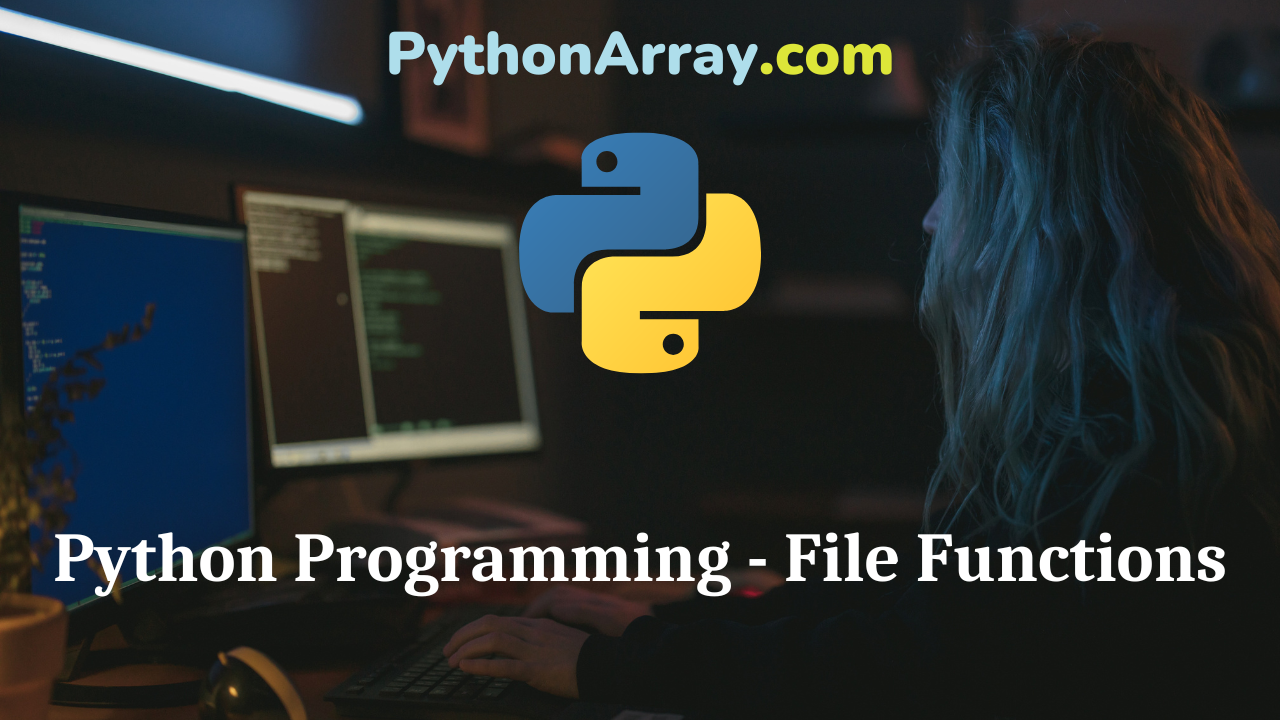 You can learn about Python File Processing Programs with Outputs helped you to understand the language better.

Different file functions are discussed in the following sections.

In Python, a physical file must be mapped to an ing section. built-in file object with the help of the built-in function open ( ).

file_object = open(filename[, accessmode] [, buffersize] )
Python has in-built functions to create and manipulate files. The io module is the default module for accessing files and you do not need to import it. The module consists of open(filename, access_mode, buffer size) that returns a file object, which is called “handle”. You can use this handle to read from or write to a file. Python treats the file as an object, which has its own attributes and methods.

In the open( ) method, the first parameter is the name of a file including its path. The file path is a string that represents the location of a file. The access mode parameter is an optional parameter that decides the purpose of opening a file, i.e., read, write, append, etc. The optional buffer size argument specifies the file’s desired buffer size: 0 means unbuffered, 1 means line buffered.

To read a file Python provides the read() method. The read ( ) method reads a string from the file. It can read the data in the text as well as binary format. When you read the file with read ( ), you read strings from the file. When you read numbers, you need to convert them to integers with data type conversion functions like int ( ).

In order to read a character from the file, you can pass the argument to the read ( ) function, for example, read(22) would read the first twenty-two characters of the file. Let’s understand the sample code given in figure 11.4.

Python enables us to read the file line by line by using a function readline ( ). It reads one line from the file and places the file pointer to the beginning of the new line. If you use the readline ( ) method twice, then you get the first two lines of the file.

readline ( ) function reads all the lines of the next file including the newline characters. In figure 11.7, you are trying to read only the 3rd line from the “abc.txt” file using a loop.

python provides a string method called strip ( ) which removes whitespace, or non-printable characters, from both ends of a string.

Example
Program to read a specific line from a File.

The write( ) function writes a fixed sequence of characters to a file. The write ( ) does not actually write data to a file but to a buffer. When the close ( ) function is called, it is written in the file.

In order to write data into a file, you must open the file in write mode.

You need to be very careful while writing data into the file as it overwrites the content present inside the file that you are writing, and all the previous data is erased. Before writing data to a sample.txt file, the file appears as shown in Figure 11.8. 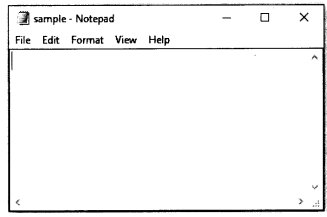 Now write one sentence using write ( ) function as given in example 8. 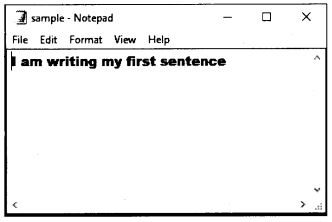 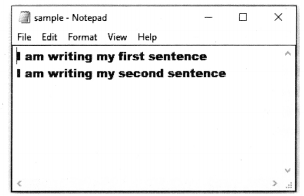 Appending is writing data at the end of the file. In this mode, the file pointer is placed at the end an existing file. It can also be used for creating a file, by opening a nonexisting file using this mode. In order to write into a file in Python, you need to open it in write ‘we, append ‘a’ or exclusive creation ‘x’ mode. You need to be careful with the ‘w’ mode as it will overwrite into the file if it already exists. All previous data are erased. Writing a string or sequence of bytes (for binary files) is done using the write ( ) method. This method returns the number of characters written to the file.
Let’s see how the append mode works:
To append data into a file you must open the file in “a+” mode so that you have access to both append as well as write modes. 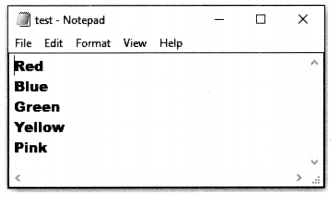 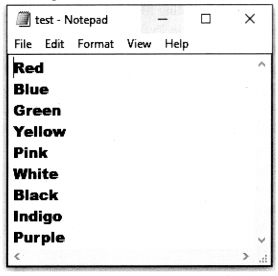 The tell ( ) method tells the current position within the file; in other words, the next read or write will occur at that many bytes from the beginning of the file.

Python provides us with an “os” (Operating System) module which has some in-built methods that would help us in performing the file operations such as renaming and deleting the file. In order to use this module, first of all, you need to import the “os” module in your program and then call the related methods.

This rename( ) method accepts two arguments i.e. the current file name and the new file name. Its syn-tax is:
os.rename(current_file name, new_file_name)
You can specify the location as well as shown in example 14.

The remove ( ) method is used to delete the file by supplying the file name or the file location that you want to delete. Its syntax is:
os.remove(filename)

For example:
import os
os.remove(“test.txt”)
Here “test.txt” is the file that you want to remove. Similarly, you can pass the file location as well to the arguments as shown in the example: