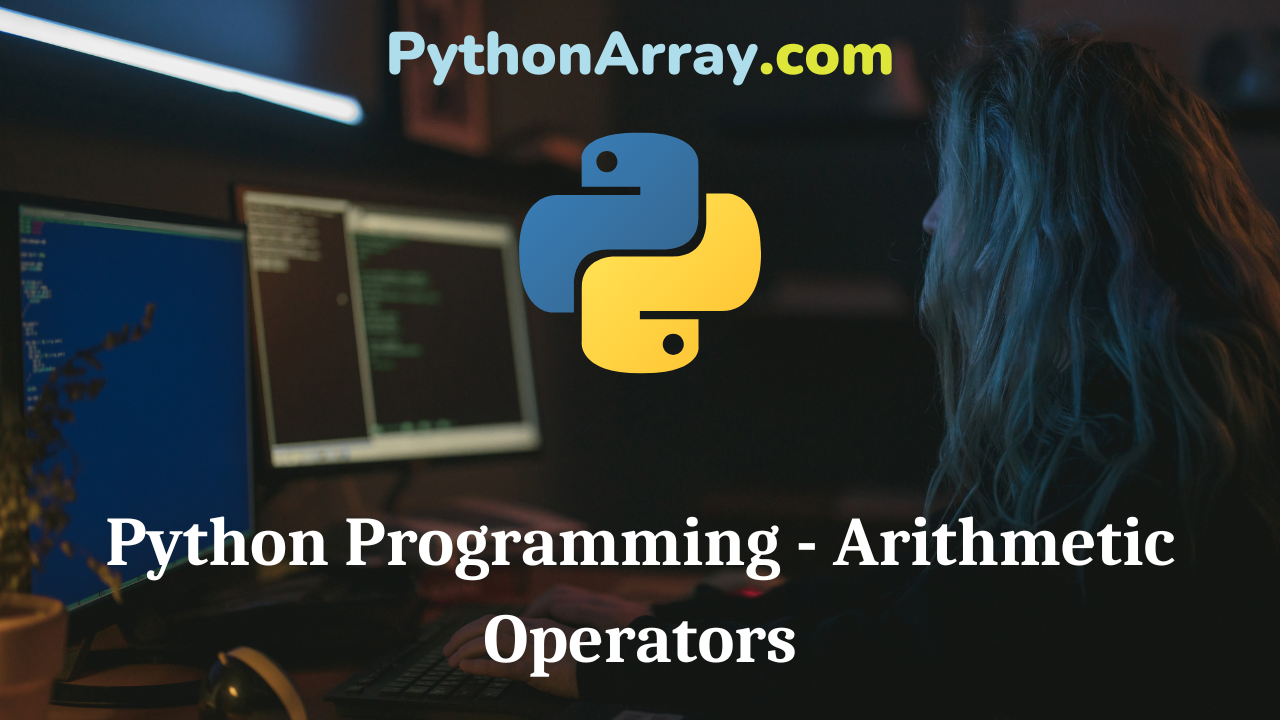 You can learn about Operators in Python Programs with Outputs helped you to understand the language better.

For example, if you try to use + with an integer and a string, Python returns an error. An arithmetic expression is made up of constants, variables, a combination of both, or a function call, connected by arithmetic operators. (See Figure 4.1). Normally, operators are said to be either unary or binary. A unary operator has only one operand while a binary operator has two operands. In its unary mode with a single operand, a minus sign is usually a sign-changing operator, while in its binary mode with two operands, a minus sign is usually a subtraction operator.

Exponentiation refers to finding powers. Python uses ** before a power. Exponents do not need to be integers. For example, 0.5 power will produce a square root. Try the following in the Shell:

Example 6.
Program to calculate area and perimeter of a parallelogram.

Calculations in Python are done in a specific order, which is called operator precedence. In arithmetic, operations in parentheses are performed first. Operators in higher rows are evaluated before operators in lower rows. If multiple operators appear in a single cell in the table which is equal in precedence they are evaluated from left to right.

When two or more operators appear in an expression, the order of evaluation depends on the rules of precedence. For mathematical operators, Python follows the mathematical convention. The acronym PEMDAS (Parentheses Exponentiation Multiplication Division Addition and Subtraction) is a useful way to remember the rules.

The hierarchy or order of operation of arithmetic operators is as follows:
(a) Parentheses have the highest precedence. Since expressions in parentheses are evaluated first, 2 * (4-1) is 6, and (l+l)**(4-2) is 4.

(d) Operators with the same precedence are evaluated from left to right (except exponentiation). So in the expression degrees / 2 * pi, the division happens first and then the result is multiplied by pi. To divide by 2n, you can use parentheses or write degrees / 2 / pi.
The precedence of operators decides the order in which different operators are applied. Associativity of operators decides the order in which multiple occurrences of the same level operator are applied. 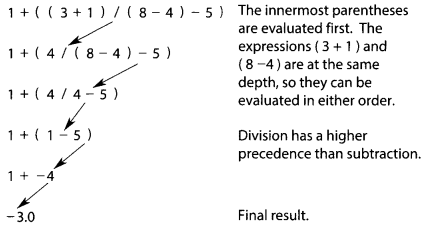 Division and Remainder
The division operator (/) is used for division. It divides the left-hand operand by the right-hand operand. For example:

Python also provides int( ) functions that can be used to convert numbers into ints. Conversion to an int simply discards the fractional part of a float; the value is truncated, not rounded. For example,

Remainder Operator (%)
Unlike the other arithmetic operators which accept both integer and floating-point operands, the remainder operator (also called the modulus operator) accepts only the integer value of operands. The result¬ing value is the remainder of the first operand divided by the second operand. In Python, the modulus operator is a percent sign(%). For example, the expression:
9 % 5
has a value of 4 because 5 goes into 9 once, with a remainder of 4. The expression:
10 % 5
has a value of zero because 5 goes into 10 two times, with no remainder.

Assign the given values to variable and write the output of the following operations: