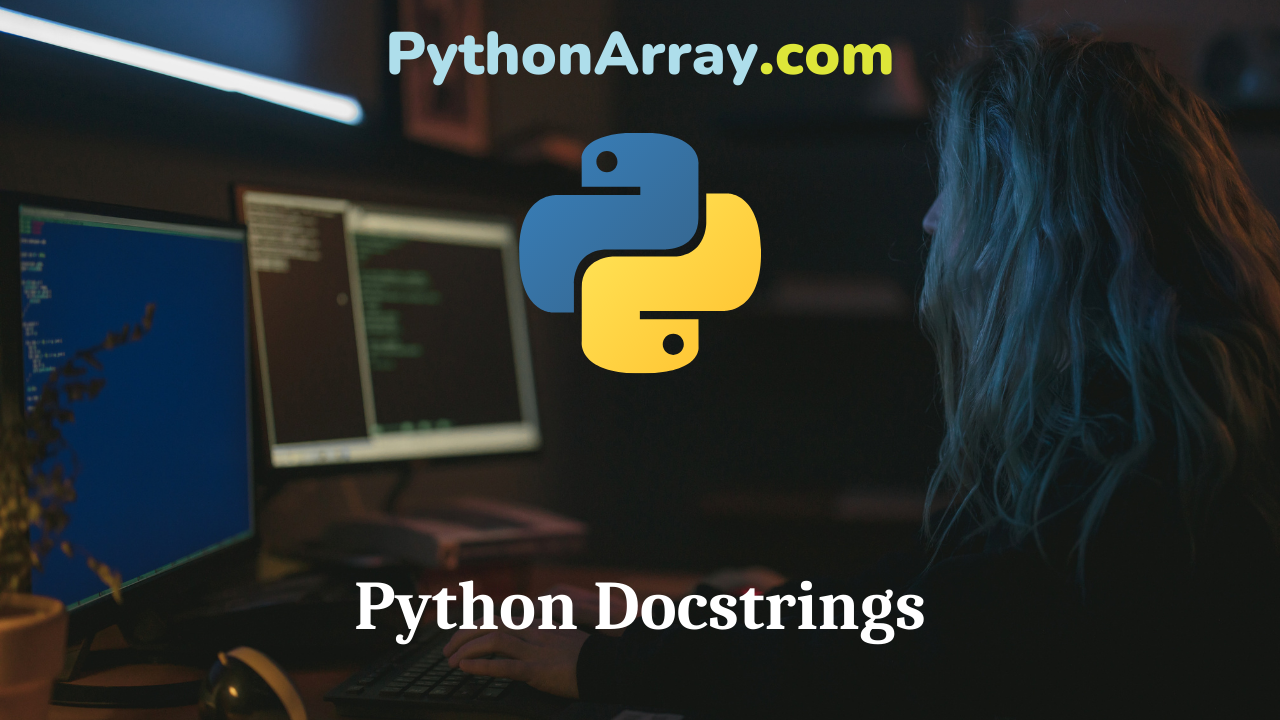 What is a Docstring?

An object’s docstring is defined by including a string constant as the first statement in the object’s definition. It’s specified in source code that is used, like a comment, to document a specific segment of code.

Unlike conventional source code comments, the docstring should describe what the function does, not how.

All functions should have a docstring This allows the program to inspect these comments at run time, for instance as an interactive help system, or as metadata.

Docstrings can be accessed by the __doc__ attribute on objects.

Don’t write the name of the object. If there are more lines in the documentation string, the second line should be blank, visually separating the summary from the rest of the description.

The following lines should be one or more paragraphs describing the object’s calling conventions, its side effects, etc.

Let’s show how an example of a multi-line docstring:

The following Python file shows the declaration of docstrings within a python source file:

Assuming this is file mymodule.py then this string, being the first statement in the file will become the mymodule modules docstring when the file is imported.