How to Copy a File in Python with shutil 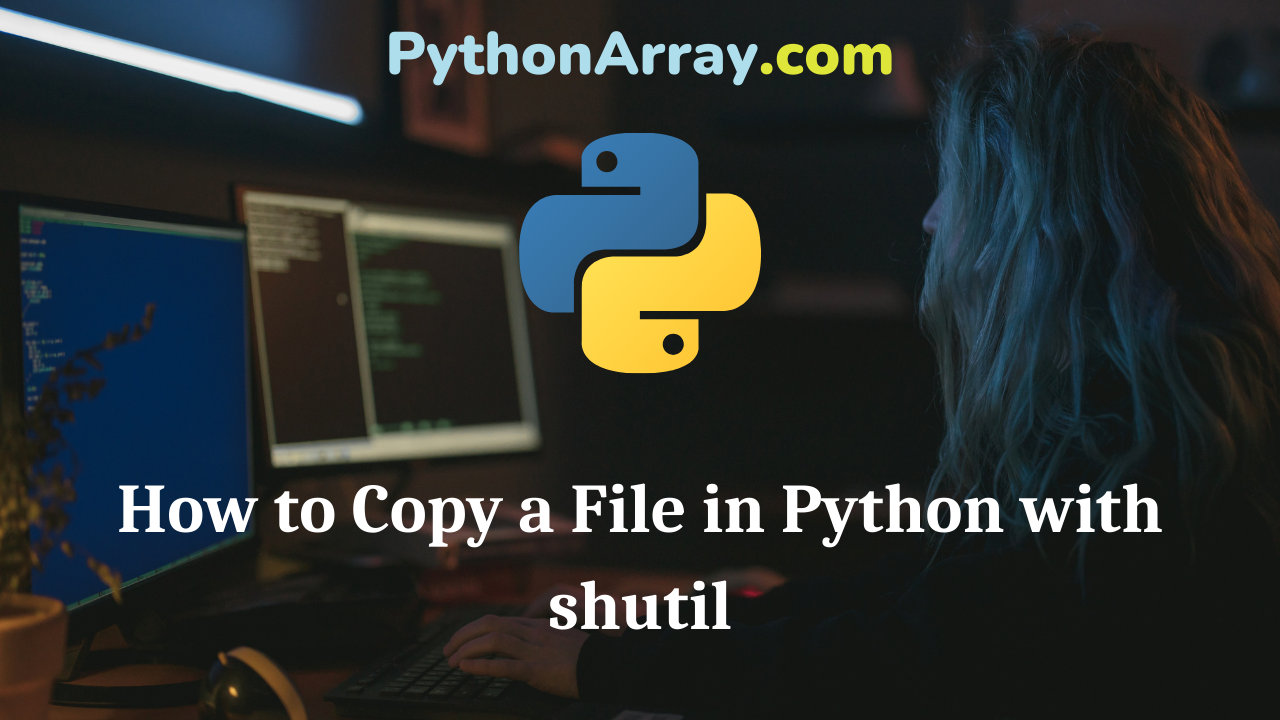 So you want to know how to copy a file in Python? Good! It’s very useful to learn and most complex applications that you may design will need at least some form of copying files.

Copying a Single File in Python

Alright, let’s get started. This first section will describe how to copy a single file (not a directory) to another location on the hard disk.

Python has a special module called shutil for simple, high level file operations that is useful when copying single files.

Here’s an example of a function that will copy a single file to a destination file or folder (with error handling/reporting):

The module shutil has several methods for copying files other than the simple copy method that we have seen above.

I’ll go over them in some detail here, explaining the differences between them and situations where we might need them.

This function allows copying of files with the actual file objects themselves. If you’ve already opened a file to read from and a file to write to using the built-in open function, then you would use shutil.copyfileobj. It is also of interest to use this function when it is necessary to specify the buffer length of the copy operation. It may help, when copying large files, to increase the buffer length from its default value of 16 KB in order to speed up the copy operation.

All of the other copy functions mentioned below call this function at some point. It is the “base” copy method.

We’ll be using this function to specify the buffer size:

And Ubuntu’s built in time bash command to time the operation.

Here are the results:

As you can see, there is quite a big difference between the buffer sizes. Almost a 16% decrease in the amount of time it took using a 50 KB buffer size to using a 100 MB buffer size.

The optimal buffer size ultimately depends on the amount of RAM you have available as well as the file size.

You would use this function if you are uncertain of the destination path format or if you’d like to copy the permission bits of the source file.

This is the same as the copy function we used except it copies the file metadata with the file. The metadata includes the permission bits, last access time, last modification time, and flags.

You would use this function over copy if you want an almost exact duplicate of the file.

Below we can see a comparison of shutil‘s file copying functions, and how they differ.

That’s pretty much the end of copying files. I hope you benefited from this article, and I hope it was worth your time to learn a little bit of file operations in Python.

Until the next time!