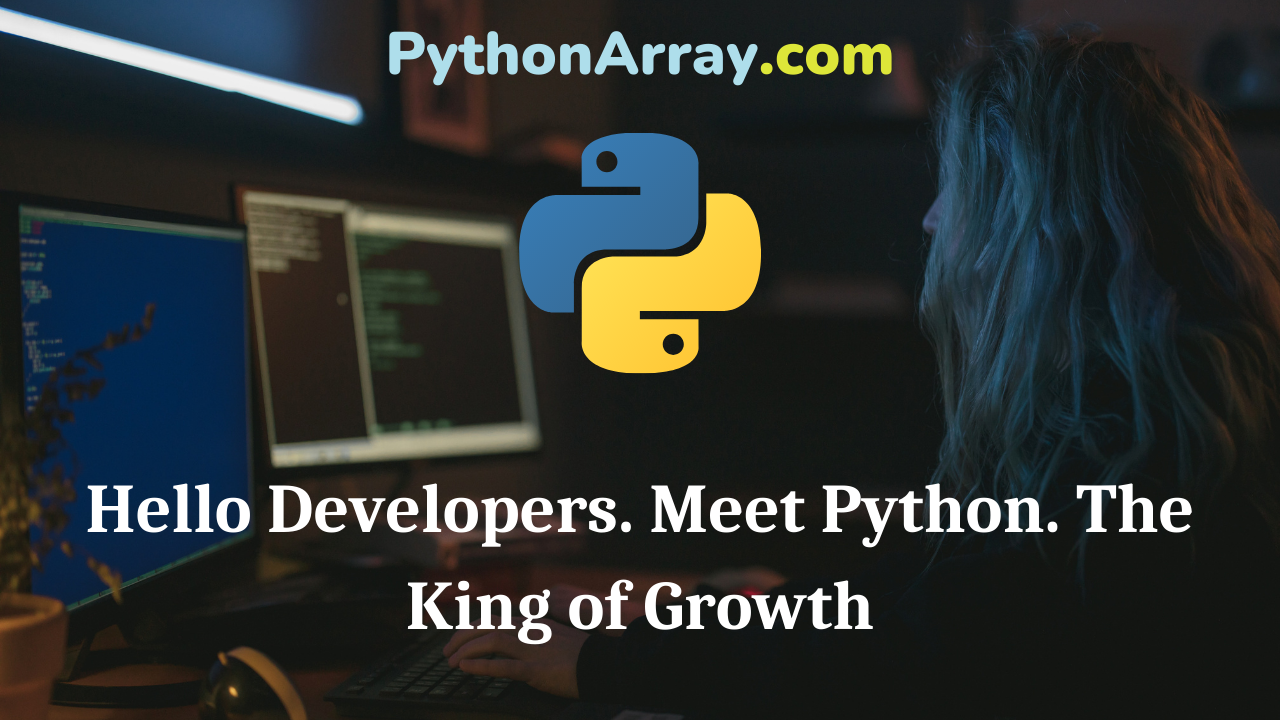 For the most part, it’s difficult to crown just one language as the supreme leader of standard use in the development world. There isn’t a language that takes the cake, though there are developers that certainly prefer one or more over the others. Growth is not surprising to see anymore either, especially in today’s highly virtual and digitized world. Technologies like AI, automation, machine learning, mobile, and web design all favor development which in turn feeds the demand for more programmers and development professionals.

That said, if there’s only one language you select to learn due to its incredible potential let it be Python. Why? We’re going to take a closer look at the incredible rise Python is seeing right now, especially in high-income and development-heavy countries.

Python, at least right now, can be considered the king of growth in the language and development space. Lofty claim? Don’t believe it? No problem, let’s dive in and find out why we’re saying such a thing.

What Are “High-Income” Countries?

First, we need to define “high-income” countries and why that’s an important distinction to make when looking at current trends and statistics.

High-income countries include those where it’s fairly common to earn a wage or salary that meets the industry average; usually, this falls somewhere between $60,000 to $140,000 but depends on the country in question.

The most common countries included in this demographic are United States, United Kingdom, Germany, and Canada. Keep in mind, these are not the only major contributors in the global software development industry. Just as impactful are Russia, China, Brazil, and many others – though they certainly lack in salary and wage offerings.

And while Python is showing growth in all these markets, it’s the high-income markets that are showing the most influential numbers.

How the Growth Was Measured

As reported by David Robinson on the Stack Overflow blog, you can use the platform’s Trends tool to view and measure growth of various development languages, for which Python is no exception.

Out of five major languages – also CSS, HTML, Android, and JQuery – Python is seeing incredible growth in high-income countries, going all the way back to 2011. In June 2017, Python became the most visited tag on Stack Overflow, among high-income countries. That’s an impressive sight, compared to 2012 when it was the least visited tag of the five languages. In just five years, popularity for the language has more than doubled.

Robinson does go on to explain some underlying reasons why this change happened. Java has seasonal traffic thanks to educational purposes, for example. Still, there’s no denying the growth of Python.

He’s not the only one to make this discovery, however. Others have noticed Python’s rise in popularity in the past, including a report from Dice back in 2014.

Jeff Knupp a renowned Python developer seems to think that the growth is happening – and accelerating – simply because of one feature, Python’s Buffer Protocol. Knupp argues the low-level API offers zero-copy access to memory and large amounts of stored data, which lends itself well to data scientists. Why is that important? Well, because nearly everything is driven by big-data, analytics, intelligence, and machine learning these days. It makes sense why we’d see a focus on languages that not only make these processes easier, but more efficient.

Will that change anytime soon, though? Looking at the Stack Overflow trends report again, it’s easy to see that Python will be one of the most popular throughout 2018, as well.

How You Can Get Involved with Python?

Clearly, it’s time to get onboard if you’ve considered learning or working with Python in the past. The average salary of a Python developer, for instance, is climbing. Starting at about 85K in 2014 and jumping to $120K and beyond in silicon valley markets.

Start with our free beginner’s tutorial and coding guide. You’ll learn the benefits offered by the language, how you can set up and work with the environment, and how to work with frameworks like Django. It closes out by walking you through 6 projects, which you can complete in your free time, teaching you how to work with and shape the code.

From there, it’s up to you. We recommend checking out courses on Treehouse, of course. But you can go through any training or regimen you prefer. At the end of the free tutorial, you should have enough knowledge to decide where to go next, if not right into developing basic apps with the language.