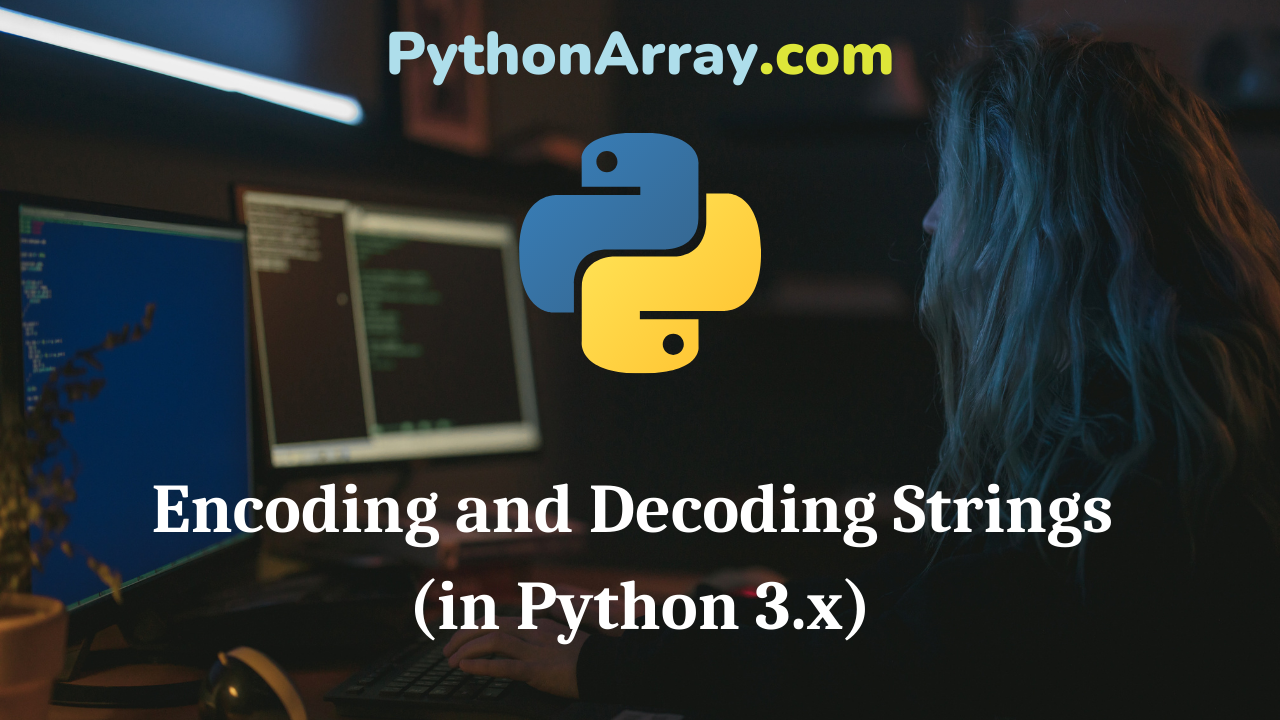 Many things in Python 2.x did not change very drastically when the language branched off into the most current Python 3.x versions. The Python string is not one of those things, and in fact it is probably what changed most drastically. The changes it underwent are most evident in how strings are handled in encoding/decoding in Python 3.x as opposed to Python 2.x. Encoding and decoding strings in Python 2.x was somewhat of a chore, as you might have read in another article. Thankfully, turning 8-bit strings into unicode strings and vice-versa, and all the methods in between the two is forgotten in Python 3.x. Let’s examine what this means by going straight to some examples.

Now if we reference and print the string, it gives us essentially the same result:

In contrast to the same string s in Python 2.x, in this case s is already a Unicode string, and all strings in Python 3.x are automatically Unicode. The visible difference is that s wasn’t changed after we instantiated it.

As we can see, it doesn’t matter whether it’s a string containing all Latin characters or otherwise, because strings in Python 3.x will all behave this way (and unlike in Python 2.x you can type any character into the IDLE window!).

If you have dealt with encoding and Decoding Strings in Python 2.x, you know that they can be a lot more troublesome to deal with, and that Python 3.x makes it much less painful. However, if we don’t need to use the unicode, encode, or decode methods or include multiple backslash escapes into our string variables to use them immediately, then what need do we have to encode or decode our Python 3.x strings? Before answering that question, we’ll first look at b'...' (bytes) objects in Python 3.x in contrast to the same in Python 2.x.

In Python 2.x, prefixing a string literal with a “b” (or “B”) is legal syntax, but it does nothing special:

In Python 3.x, however, this prefix indicates the string is a bytes object which differs from the normal string (which as we know is by default a Unicode string), and even the ‘b’ prefix is preserved:

Now to see how bytes objects relate to strings, let’s first look at how to turn a string into a bytes object and vice versa.

Converting Python strings to bytes, and bytes to strings

If we want to turn our nonlat string from before into a bytes object, we can use the bytes constructor method; however, if we only use the string as the sole argument we’ll get this error:

As we can see, we need to include an encoding with the string. Let’s use a common one, the UTF-8 encoding:

Now we have our bytes object, encoded in UTF-8 … but what exactly does that mean? It means that the single character contained in our nonlat variable was effectively translated into a string of code that means “字” in UTF-8—in other words, it was encoded. Does this mean if we use an encode method call on nonlat, that we’ll get the same result? Let’s see:

Indeed we got the same result, but we did not have to give the encoding in this case because the encode method in Python 3.x uses the UTF-8 encoding by default. If we changed it to UTF-16, we’d have a different result:

Though both calls perform the same function, they do it in slightly different ways depending on the encoding or codec.

Since we can encode strings to make bytes, we can also decode bytes to make strings—but when decoding a bytes object, we must know the correct codec to use to get the correct result. For example, if we try to use UTF-8 to decode a UTF-16-encoded version of nonlat above:

And we get an error! Now if we use the correct codec it turns out fine:

In this case we were alerted by Python because of the failed decoding operation, but the caveat is that errors will not always occur when the codec is incorrect! This is because codecs often use the same code phrases (the “\xXXX” escapes that compose the bytes objects) but to represent different things! If we think of this in the context of human languages, using different codecs to encode and decode the same information would be like trying to translate a word or words from Spanish into English with an Italian-English dictionary—some of the phonemes in Italian and Spanish might be similar, but you’ll still be left with the wrong translation!

As a final note on strings in Python 3.x and Python 2.x, we must be sure to remember that using the open method for writing to files in both branches will not allow for Unicode strings (that contain non-ASCII characters) to be written to files. In order to do this the strings must be encoded.

This is no big deal in Python 2.x, as a string will only be Unicode if you make it so (by using the unicode method or str.decode), but in Python 3.x all strings are Unicode by default, so if we want to write such a string, e.g. nonlat, to file, we’d need to use str.encode and the wb (binary) mode for open to write the string to a file without causing an error, like so:

Also when reading from a file with non-ASCII data, it’s important to use the rb mode and decode the data with the correct codec — unless of course you don’t mind having an “Italian” translation for your “Spanish.”