Check if a file exists in a directory with Python 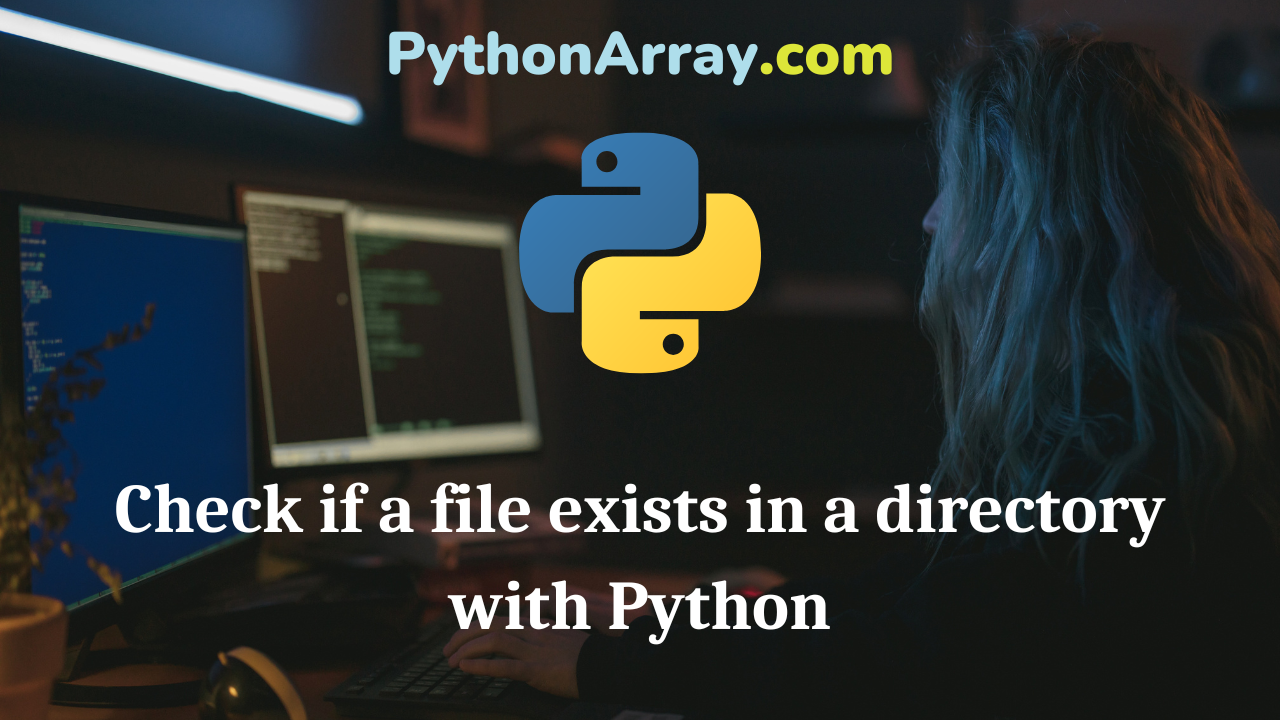 This function returns true if the given path is an existing, regular file. It follows symbolic links, therefore it’s possible for os.path.islink(path) to be true while os.path.isfile(path) is also true. This is a handy function to check if a file exists because it’s a simple one-liner. Unfortunately, the function only checks whether the specified path is a file, but does not guarantee that the user has access to it. It also only tells you that the file existed at the point in time you called the function. It is possible (although highly unlikely), that between the time you called this function, and when you access the file, it has been deleted or moved/renamed.

For example, it may fail in the following scenario:

If you are planning on accessing a file, using this function is somewhat safer (although not completely recommend) because it also checks if you can access (reading or writing) the file. However if you plan on accessing the file, it is possible (although unlikely), that in between the time you check it is accessible and the time you access it, it has been deleted or moved/renamed. This is known as a race condition, and should be avoided. The following is an example of how it can happen.

In order to absolutely guarantee that the file not only exists, but is accessible at the current time, the easiest method is actually attempting to open the file.

This can be transformed into an easy to use function, as follows.

For example, you can use it as follows:

So… which is best?

Whichever method you decide to use depends on why you need to check if a file exists, whether speed matters, and often how many files you are trying to open at any given time. In many cases os.path.isfile should suffice just fine. However keep in mind that when using any of the methods, each has its own list of benefits and potential issues.