Add, Remove, and Search Packages in Python with pip 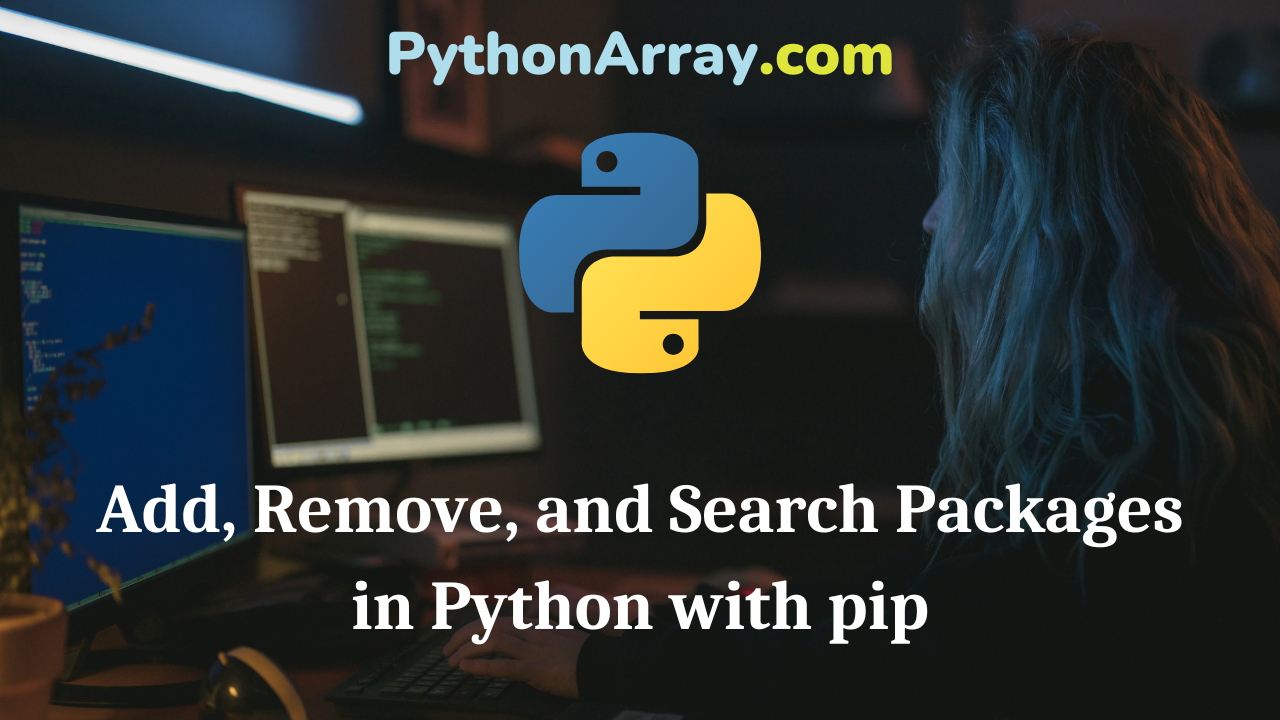 Like many useful programming ecosystems, Python provides a powerful and easy-to-use package management system called pip. It is written to replace an older tool called easy_install. From a high-level point of view, pip has the following advantages over easy_install:

Setting up virtualenv and pip to perform simple operations

virtualenv is a tool for sand-boxing Python environments. Instead of modifying the global Python environment, virtualenv allows a programmer to setup independent Python contexts that are similar to separate sandboxes. One advantage of sandboxing your Python environment is that you can effortlessly test your code under different Python versions and package dependencies without switching between virtual machines.

To install and set up pip and virtualenv, run the following commands:

If your current Python environment does not contain any package manager, you could download one Python file from here and run it:

Once you have set up the new virtualenv under ‘python-workspace’, you need to activate it so that the Python environment in the current shell will transition into the virtualenv:

If you take a look at the content of the folder ‘python-workspace/bin’, you will see a list of executable programs such as ‘python’, ‘pip’ and ‘easy_install’, etc. Instead of executing programs under the system-default Python environments, the virtualenv’s Python programs are being executed.

To install a package, use the ‘install’ command.

If you want to install the bleeding-edge version of a package, you can install it directly from its Git or Subversion repository:

Upgrading a Package with pip

For installed packages, you can upgrade them by:

If upgrading a package along with its dependencies is not desirable (sometimes you may want to test the package’s backward compatibility), you can perform a non-recursive upgrade by:

If somehow, you decide certain packages are not good for your project anymore and you want to remove them to clean up the virtualenv. You could remove a package by simply typing:

Notice that pip does not know how to uninstall two types of packages:

Because these two types of installed packages do not contain any metadata, pip does not know which files should be removed to uninstall them.

If you want to search for packages that solve specific types of problems, you can perform a search by:

Searching packages is very useful to retrieve an overview over all the packages in a problem domain so that you can compare and choose the packages that are most suitable for what you need to do.

1. To prevent accidentally running pip to install unwanted packages into the global environment, you can tell pip to run only if a virtualenv is currently active by setting an shell environment variable:

2. Usually, packages will be installed under the ‘site-packages’ directory. However if you want to make changes and debug a package, it makes sense to run the package directly from its source tree. You can put the package into “Edit mode” by telling pip to install it with the “-e” option/argument, as follows:

Python has a website, containing many useful packages you might want to checkout, known as the “Python Package Index”, or “PyPI”. This is a great repository of many commonly used Python libraries/modules, which are all pre-packaged and easily installable.

For more information on Python’s pip – checkout this website.